Posted on November 3, 2020 by huntingchef 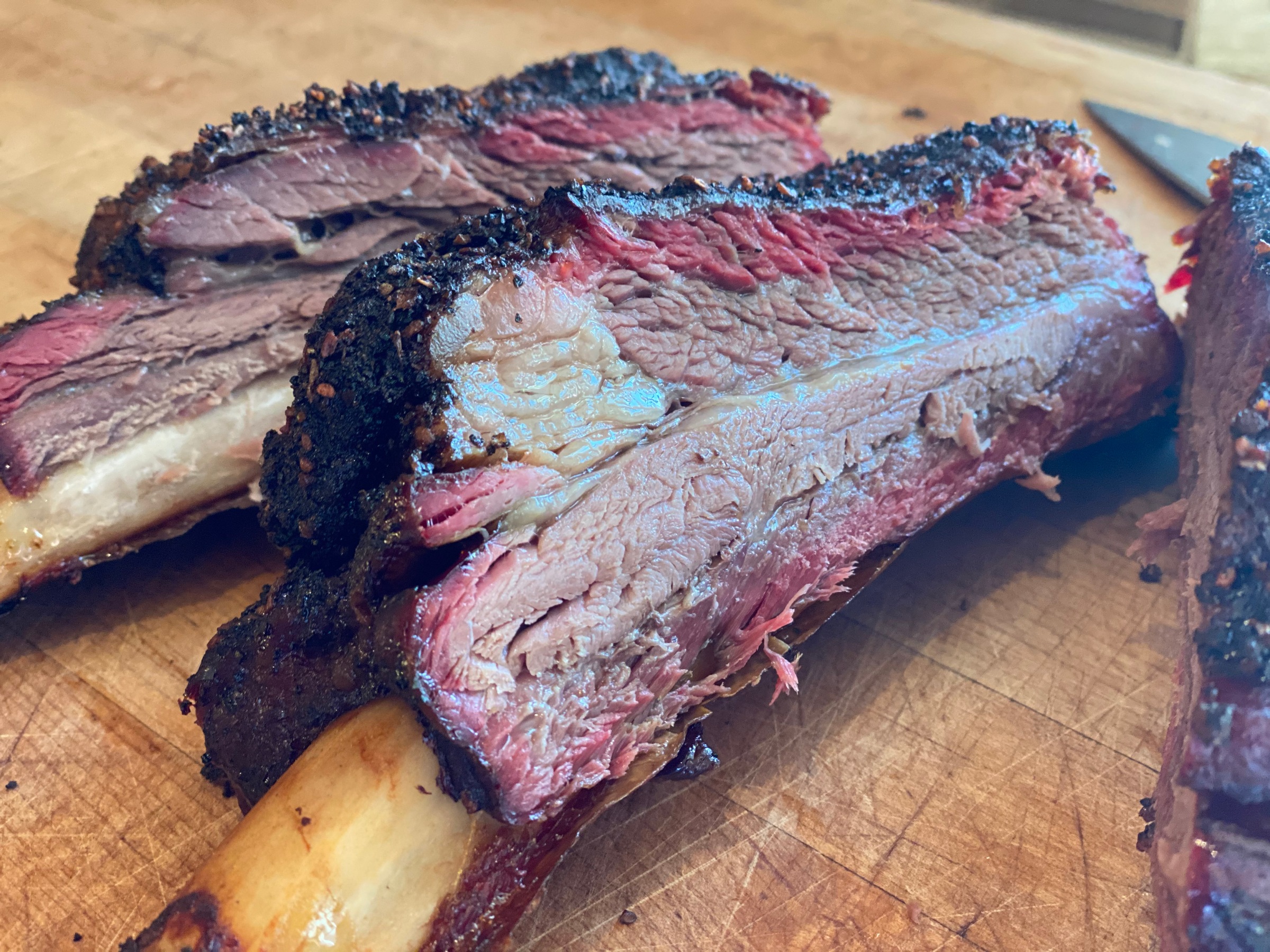 When I get on a scent….I usually stay on it until I find what I am hunting for. I had some beef ribs down in Dallas, Texas a few years ago. A little bbq joint called The Pecan lodge, and I was on a brisket research project so I went to several of the best rated bbq places in the state that was within a 300 mile radius. While I was in line, there was a local guy, that told me “you better order the ribs, they sell out in 20 minutes”. So I did…along with the brisket. I was telling myself as I ate one, this is it…..this is what I have to master.

That was nearly three years ago.

One of the key and most important elements in bbq technique is the product. I do not care what people say, if they have a poor product I will know the difference. It is the different of being good, and being great. That is one of the important factors I learned from the bbq owners that had long deep lines waiting for hours for brisket, it was not just their bbq technique, but their meat product that separated them from the rest. So that put me on a quest to find the best beef ribs I could find. That was a harder task than I suspected. I found great beef ribs from local butchers, but the beef on the slabs were too thin and never produced the gigantic ribs from Texas that I as looking for. They also lacked serious flavor I craved due to the genetic flaw. It was not the butcher, it was the type of cattle in Oregon. My butcher said “son, you need to find what your looking for in Texas, different cattle down there.” He could have been telling me that so I would leave him alone but nonetheless I marched to my new orders all the way to my lap top and started googling. I ordered from four vendors, and I found one that was superior to the others. The meat was shipped to my house, packed perfectly and still frozen. The meat was individually vacuum packed with no condensation or frost. The meat was delicately trimmed, and the thickness was accurately cut to what they advertised. I was impressed to say the least. I am going to give you my source, only because I think they do a great job and I because I had several of my friends place orders the past three weeks and they performed flawlessly. I also had their logos on all the meat and did not try to hide it in the photos. 3C Chapman Ranch, you buy direct. No mark ups, no BS, just pure tasty Texas beef.

I use a coffee blend for my rub. I love the way it brings out the flavor, some would not prefer it. I know if I was in Texas it salt and pepper baby, and I love it. It is simple and it lets your barbeque stand alone. However, we were screwing around and it turned out pretty damn good.

Rub in and let sit for a few hours. I usually do it the night before.

I get my smoker (REC TEC) at 225 degrees. I put a pan of water on the left side, which is away from the smoke stack so it draws across the meat to help with moisture. I also had a buddy tell me to mix 1 cup of beef broth, one cup of red wine, 1 tablespoon of olive oil into my sprayer. We tried with and without spray and we liked the spray the best. I also used jalepenos into my broth when I made it just for added flavor. I sprayed every hour for the first four hours.

I took my ribs off at 205 internal temp which was about 8 hours, wrapped in pecan paper and put in a cooler for an hour while I finished my sides.

It has good bark, which is important in Texas

I am going to tell you something. There is nothing better than a good Seahawk game and your 80 year old mother WHO LOVES BEEF RIBS. I love my mom, and I think she loves me very, very much when she eats my Beef Ribs.

I hope you enjoy, we sure did.