Letter about the Hunting Chef

This is Megan Nanna, the Hunting Chef’s oldest daughter. I thought I would spice up his blog a bit, and also give his readers some more insight about my dad. This is in hopes that you will find him even more interesting, and follow…

Posted on January 5, 2014 by huntingchef

Here we go folks…another great recipe from the “Silver Fox” Ken Silva.  He has been after me for two years to make this recipe. Ken is a San Jose, California local.  His grandparents lived in San Jose when farming was the main resource, not…

Ladies and Gentlemen welcome to the 2013 Grand Oyster BBQ Championship held in Seaside, Oregon.  While fishing for Sturgeon, actually while watching Ben fishing for Sturgeon each contestant was allowed to phone in their ingredients to a hot supply line for the evening Oyster…

This is the second day of my 44 birthday celebration. The morning began with breakfast for 12 people.  I pull out the World War one Cast Iron skillet that Grover casted me off his original one.  It is one heavy piece of cooking equipment to add to the arsenal…

Posted on February 2, 2013 by huntingchef 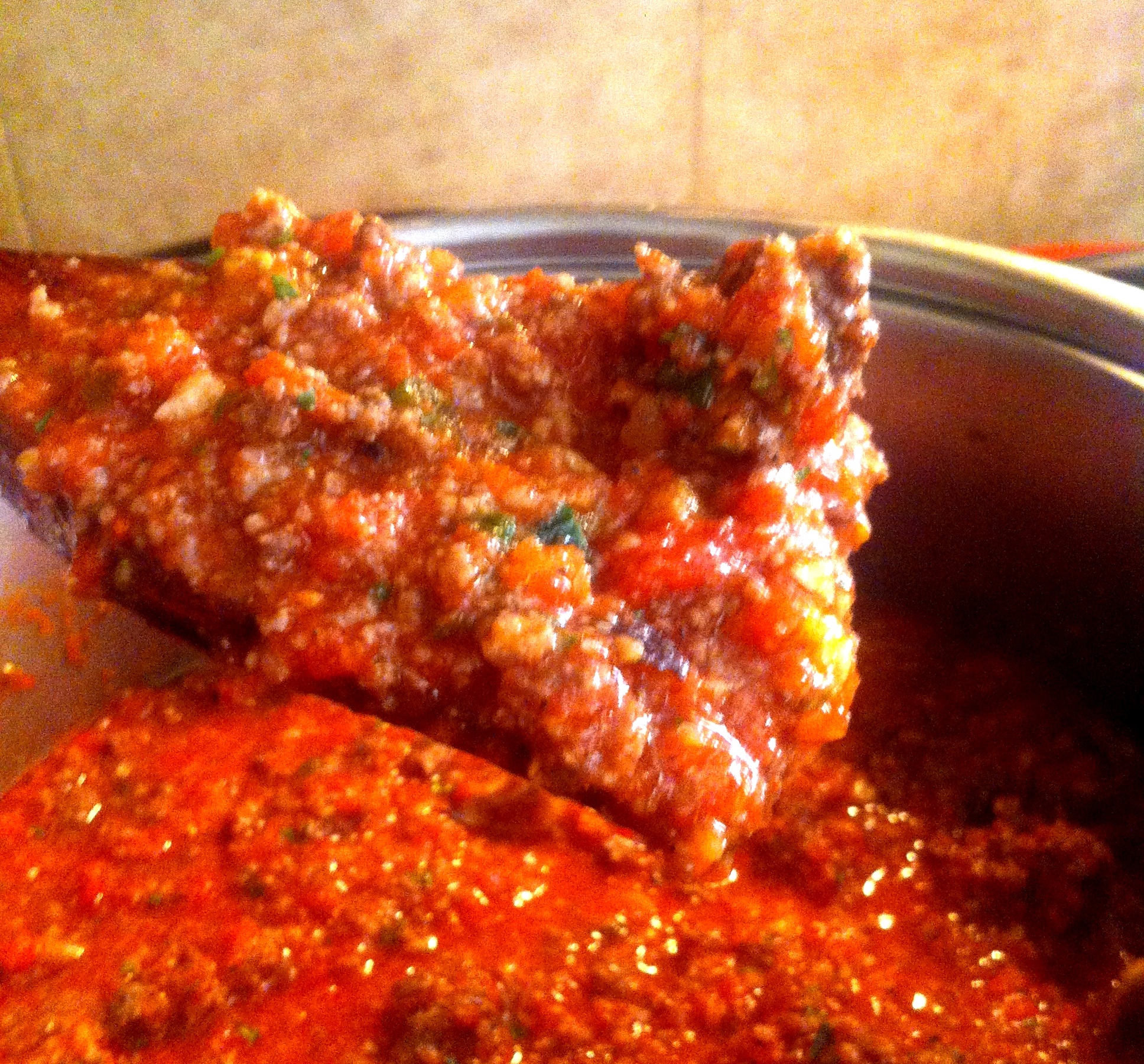 I think all of us have had a red sauce either on pasta or lasagna that people who either made it for you or took you the resteraunt says it’s the best sauce or gravy ever.  Trust me, my last name is Nanna and…

Posted on December 9, 2011 by huntingchef

The Thanksgiving holiday we spent with some family friends at the beach, they made a traditional fantastic turkey dinner with all the trimmings.  Turkey makes me tired, not like just a little sleepy.  It is like some one hit me with a Rhino tranquilizer…

One of my favorite cook books of all times is called Seven Fires by Francis Mallmann.  I bought it because we will be spending some time down in Patagonia this year on two separate trips and I am excited about the food!  Look at me,…

This is my buddy Wayne. Wayne is about 6’5″ and two inches shorter than Todd.  Wayne is tall and big, he is very sensitive.  Here is Big Wayne feeding the wild life pototoe salad.  This little doe will probably not make the cute little…

3 Rednecks and the familes and a whole lot of eating…….

Once a year, two other couples and us get together for rafting, eating, and little bit of drinking.  This year we had to change the plan because of our kids, so we ventured over to Todd and Alice’s place by Billy Chinook Lake.  We…